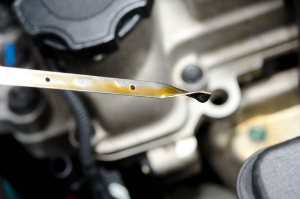 A clean engine flush at Precise Car Service is designed to gently clean the engine oil galleries thus reducing the buildup of sludge.

Sludge often forms when oil oxidizes and breaks down after prolonged exposure to high temperatures. The baked oil turns gelatinous and can block vital oil passages, which could lead to repairs exceeding $8,000 or even an engine replacement.

While sludge often results from poor upkeep, notably not changing oil at prescribed intervals, some engines from Audi, Chrysler, Saab, Toyota, and Volkswagen appear prone to it (CONSUMER’S REPORTS).

How To Fight Sludge

Precise Car Service urges vehicle owners to MAINTAIN THEIR VEHICLES REGULARLY and the owners of vehicles with sludge-prone engines use an American Petroleum Institute-approved synthetic motor oil or change oil according to the “extreme use” schedule in the vehicle’s manual.

Synthetics have a higher tolerance for extreme heat and flow better in cold temperatures. When using any oil, be sure it meets manufacturer viscosity guidelines.

Changing oil on the extreme use schedule (and saving the records) provides evidence that you tried to protect the engine from sludge.

However, the majority of drivers do not follow the extreme conditions schedule or even their regular maintenance as recommended by the manufacturer. This is when a MILD engine flush is beneficial. An engine flush means using a particular chemical and running it in the crankcase with the used oil. This will dissolve any sludge or carbon deposits that may build up. An engine flush, which is exactly what it sounds like — flushes the gunk out of your engine.

Our safe chemicals are poured into the engine, which is then gently idled for a few minutes to make sure the cleaning agent reaches everyplace oil would normally go. Then the chemicals are drained, just like the oil would be for an oil change.

Engineers at GM said, “If oil is changed on schedule, you shouldn’t have to flush the engine.”

Sometimes, the way we drive keeps engine oil from being able to do its job completely and well. Short trips of only a few miles and lots of stop-and-go driving can cause particles in the oil to become deposits in the engine, which can build up over time. These deposits restrict the flow of oil.

An engine flush can clear out those deposits to open narrow oil passages clogged by gunk that’s been floating around in the oil. Releasing those deposits and allowing the oil to flow freely saves wear and tear on the engine and keeps parts moving as they should.

Give Your Car a Clean Slate

Cars with recent internal engine work. You know the maintenance record of this engine — and it’s major. If your car had any engine work done, an engine flush could wash away leftover particulates before adding new oil.

Cars with a long interval between oil changes. Again, you know the service record of this car, and you know the owner rarely (if ever) changed the oil. There’s almost certainly buildup in the engine, since dirty oil only gets dirtier. An engine flush could give the car a longer life

Especially if you recognize your car’s history (or lack of history), an engine flush could help keep your new oil clean. That’s why these services are often performed together: First the flush to get rid of old oil deposits, then the new oil to keep the engine in tip-top shape.

Without the engine flush, the new oil will just pick up the old deposits and sludge and keep them circulating through the engine. Soon enough, the new oil is just as dirty as the old oil. An engine flush can help you go longer between oil changes, especially if the maintenance on the car hasn’t been perfect

Clean Up What the Filter Misses

Most oil filters remove particles as small as 25 microns (about 1/1000th of an inch) — but there are particles circulating in your car’s oil that are even smaller — particles that even the newest, best regular oil filter can’t keep out of the system. And even tiny little bits like that can cause wear over time. They can also band together to create sludge and deposits. If these particles become excessive, clean oil alone can’t flush them out. But the chemicals used in an engine flush can — stopping any further wear and giving the new oil a chance to do its job properly.

ENGINE FLUSHES SHOULD ARE PART OF REGULAR MAINTENANCE AND WILL EXTEND THE LIFE OF YOU ENGINE.

Contact us at 905-643-4460 or complete the inquiry form with your questions and we will be happy to help you with expert and honest advice and service. 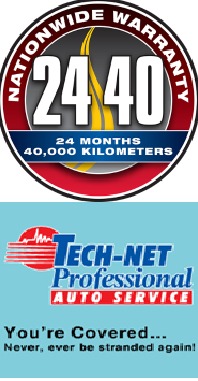